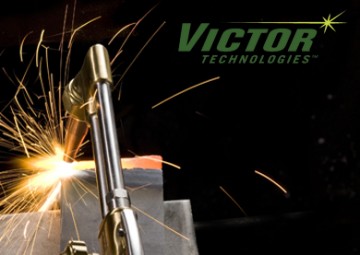 NEW YORK and ST. LOUIS – Private equity firm Irving Place Capital (“IPC”) and Victor Technologies (“Victor”) announced today that they have entered into a definitive agreement to sell Victor to Colfax Corporation (“Colfax”, NYSE: CFX), a global manufacturer of gas- and fluid-handling and fabrication technology products.  The all cash transaction values Victor at approximately $947 million, including the assumption of debt, and is subject to customary closing conditions.

Victor is a leading designer and manufacturer of a comprehensive suite of metal cutting, gas control, and specialty welding products. IPC acquired Victor, which was previously named Thermadyne Holdings Corporation, in a take-private transaction in December 2010.

“We are pleased with the progress that we have made in partnership with Irving Place Capital over the past several years as we have built Victor into a stronger company with a greater presence in key global markets and an improved offering for our customers,” stated Martin Quinn, CEO of Victor.  “We are excited to work with the team at Colfax to maintain this positive momentum and continue to build on the Victor team’s accomplishments.”

Douglas Korn, a senior managing director of IPC, said, “We are proud of the revitalization of this 100-year-old company that has taken place as a result of our partnership with Victor’s management team.  Since 2010, the strategy of driving operational improvements to fund investment in innovation, branding, distribution, and sales has created tremendous value for all of Victor’s stakeholders.  We have enjoyed working with Martin and his talented team as they have successfully executed on this strategy, and we wish them continued success.”

In conjunction with the transaction, Victor provided estimated financial information for the fiscal year ended December 31, 2013.  On a pro forma basis, giving effect to the Gas-Arc acquisition as if it had occurred on January 1, 2013, net sales were approximately $500 million and Adjusted EBITDA (as calculated below) was approximately $100 million to $102 million.  Please see the end of this press release for further information pertaining to the use of non-GAAP financial measures.

RBC Capital Markets and Blackstone Advisory Partners are acting as financial advisors to Victor, and Weil, Gotshal & Manges LLP is acting as the company’s legal advisor.

Closing of the transaction is subject to customary closing conditions including Hart-Scott-Rodino antitrust approval.

Use of Non-GAAP Financial Measures
Victor presents net sales after giving effect to the inclusion of approximately $13 million related to the full year impact of the Gas-Arc acquisition, which includes approximately $12 million of Gas-Arc net sales generated during the period prior to its acquisition in October 2013. In addition, Victor presents Adjusted EBITDA (the “Non-GAAP Measure”) as a supplemental measure of Victor’s performance that is not required by, or presented in accordance with, generally accepted accounting principles in the United States (“GAAP”). It is not a measurement of Victor’s financial performance under GAAP and should not be considered as an alternative to net income or any other performance measures derived in accordance with GAAP or as alternatives to cash flow from operating activities as measures of Victor’s liquidity.

Victor defines Adjusted EBITDA as net income plus net interest, income tax provision and depreciation and amortization as further adjusted to eliminate the expense of certain other noteworthy events that Victor does not consider to relate to the operating performance of the period presented. These adjustments include, but are not limited to, LIFO adjustments, restructuring and other severance expenses, management fees paid to Victor’s sponsor, non-cash stock compensation expense, one-time expenses associated with Victor’s name change, product rebranding expenses, and a gain on an Australian Dollar derivative. Investors are encouraged to evaluate these adjustments and the reasons Victor considers them appropriate for supplemental analysis. In evaluating Adjusted EBITDA, investors should be aware that in the future Victor may incur expenses that are the same as or similar to some of the adjustments in this presentation.

Victor’s non-GAAP Measure may not be comparable to similarly titled measures of other companies. However, Victor believes this measure is meaningful to Victor’s investors to enhance their understanding of Victor’s operating performance across reporting periods on a consistent basis, as well as Victor’s ability to comply with the financial covenants of our existing material debt agreements and service Victor’s indebtedness, after considering each of Victor’s identified adjustments during any given reporting period. Although Adjusted EBITDA is not necessarily a measure of Victor’s ability to fund Victor’s cash needs, Victor understands that it is frequently used by securities analysts, investors and other interested parties as a measure of financial performance and to compare Victor’s performance with the performance of other companies that report similar measures. Victor believes Adjusted EBITDA also facilitates readers’ ability to compare current period results to other periods by isolating the income or expense of certain noteworthy events that Victor does not consider to relate to the operating performance of the period presented. Adjusted EBITDA is reflective of management measurements, which focus on operating spending levels and efficiencies; and focus less on non-cash and certain periodic noteworthy items. For these reasons, Adjusted EBITDA is a significant component of Victor’s annual incentive compensation program.